Over the past few days (June 13 -15), significant rainfall combined with snow melt has caused the Columbia River water level to rise above the 16 foot flood stage. This in turn caused the Oregon Department of Transportation (ODOT) to issue a press release warning of possible increased Interstate Bridge lifts, as more marine vessels would be unable to safely fit under the high point of the current bridge.

First and foremost, this highlights the importance of our up river dams on both the Columbia

River and the Snake River, to hold back water. The Army Corps of Engineers announced the John Day dam was holding back water to mitigate possible flooding in Clark County and Portland. This protects more metro area home and property owners from flooding and property damage. 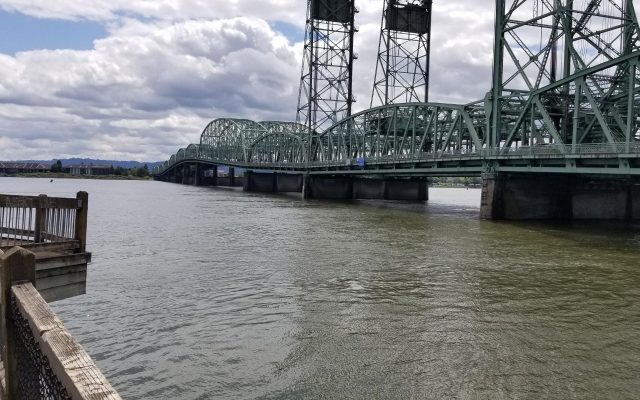 There are 14 dams on the mainstem Columbia from Mica to Bonneville, and five on the lower Snake from Hells Canyon Dam to Ice Harbor Dam. Each of these not only generates cheap hydroelectric power, but can help prevent catastrophic flooding at times like this by holding back water.

Separately, on Wednesday, the Interstate Bridge Replacement team shared with the Executive Steering Group that provides oversight to the project, that they are expecting the US Coast Guard to reject their request to build a bridge with 116 feet of “normal” clearance for marine traffic.

Citizens may recall that in the previous failed CRC effort, the Coast Guard rejected two lower bridge heights. Two Coast Guard commanders were “retired” and the 3rd commander “understood” and approved the “bridge too low” at 116 feet.

By the end of the CRC, the project was going to have to pay $86.4 million to three up river firms in “mitigation”. These included Thompson Metal Fab, Greenberry Industrial, and Oregon Iron Works, all of Vancouver.

Citizens should expect their elected leaders to fight for common sense, which includes a bridge high enough to accommodate marine traffic. The people of SW Washington want traffic congestion relief – 78 percent have this as their top priority for the project! Our freight haulers need help too, as being stuck in 8-12 hours of congested I-5 traffic only adds to the time and cost of shipping the goods and groceries people depend on.

The I-205 Glenn Jackson Bridge offers 144 feet of clearance for marine traffic. It’s not unreasonable to ask for similar levels of river clearance for an I-5 Interstate Bridge Replacement.