The Parents Rights In Education (PRIE) group held a Safe Schools Summit August 6th. The overall goal was to educate parents and grandparents regarding what is happening in schools, and to restore parents’ rights to control their children’s education.

Here in Washington state, over half the state’s General Fund budget is spent on K-12 education. Just over 1 million of our children are in the state’s public school system. An appropriate question is are you getting value for the money being spent?

The Superintendent of Public Instruction issues a Report Card. There are presently 1,091,429 students enrolled and 68,750 classroom teachers according to the latest report card. This provides for a 16 to 1 student-teacher ratio. The state allocates $17,082 per student, with local taxpayers kicking in even more.

How are schools performing? Only 47.7 percent of students are proficient in English language arts; and 45.8 percent met standards for science. Even worse, only 30.4 percent met math standards. 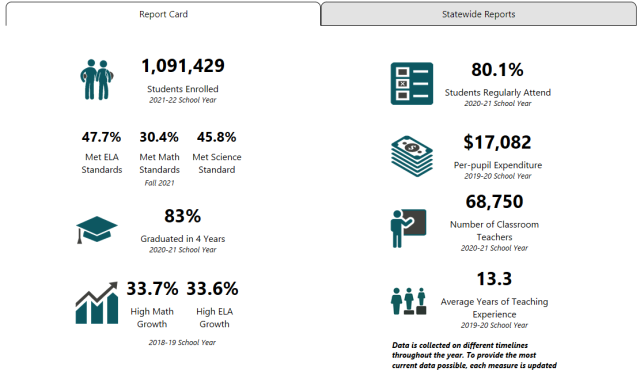 While 80 percent of students graduate from high school after 4 years, less than half are proficient in English or science. Sadly 7 of 10 students fail to meet standards in math. We know that if children aren’t proficient in reading and English language arts by the 4th grade, they almost never catch up with their peers. Sadly, we are failing over half of our children in reading and English, in math, and science.

Spending on K-12 education has doubled in the past decade. Yet student achievement scores have failed to improve. Furthermore, in the pandemic lockdowns, more children failed to adequately learn in the remote learning system provided.

Liv Finne of the Washington Policy Center shared that 41,000 children have left the state’s public school system. Parents are either enrolling their children in private schools or homeschooling. Finne estimated over $750 million has been “lost” by public schools, as state funding is tied to the number of enrolled students.

Representative Jim Walsh highlighted the 11 citizen initiatives to the legislature being proposed. In particular, I-1495 will require all school districts to post all their curriculum online, so parents can see exactly what is being taught to their children. These initiatives are an end-run around the Governor and can become law without Jay Inslee’s signature. Go to Let’s Go Washington for more in depth details.

The keynote speaker was Rebecca Friedrichs who sued her teacher’s union. The case ultimately went to the U.S. Supreme Court. The ultimate victory allowed teachers to not be forced to join a union, removing significant funding that union dues provides for political purposes.

Oregon’s Mark Thielman spoke about real education choice for all. He highlighted a recently enacted Arizona law allowing parents $7,000 per child to care for unique educational needs. It may be hiring a tutor, or perhaps creating a “pod” where parents pool resources to hire a teacher to address specific needs for their children.

Last month Arizona’s Governor Ducey gave parents another option to educate their children. He made every Arizona school child eligible to receive an Empowerment Scholarship Account (ESA), starting this coming school year, 2022-23. The new law offers an ESA to any family who wants one.

The program funds up to $7,000 for needs related to child care, school-coordinated transportation, online tutoring and school tuition. The program builds upon the Education Plus Up Grant program which was announced in August 2021 to boost per pupil spending.

Separately, it was mentioned that Washington state law requires the teaching of morality. It would appear this is a forgotten and overlooked provision of state law. RCW 28A.405.030.

It shall be the duty of all teachers to endeavor to impress on the minds of their pupils the principles of morality, truth, justice, temperance, humanity and patriotism; to teach them to avoid idleness, profanity and falsehood; to instruct them in the principles of free government, and to train them up to the true ...

Two people know what’s best for a child’s education – the child’s parents. Given the horrible performance of the state school system, where over half of our children are failing the three Rs, we need to empower parents. We must give them more choices, and more control over their children’s education.