“All political power is inherent in the people, and governments derive their just powers from the consent of the governed, and are established to protect and maintain individual rights.”

It’s now been more than 922 days since Governor Jay Inslee seized power by declaring an “emergency” early in the Covid-19 pandemic. We now know the CDC was wrong about so many mandates and assumptions regarding this virus and the handling of the pandemic.

The governor picked winners and losers, mandating some businesses close while others could remain open. His dictates caused a great deal of harm to small businesses in our community.

Inslee also shut down our schools, and then delegated authority to the state’s Schools Superintendent. Our children have paid a horrible price.

Utah, Florida, Nebraska, Texas and many other states safely reopened to in-person instruction in September 2020 as well as schools in 20 countries including Demark, Britain, France, Japan and Finland. By contrast, Washington State’s schools were 47th in the nation to reopen traditional public schools.

He also mandated people take an untested and unproven vaccination in order to work as government employees, and placed restrictions on our healthcare providers, limiting how they care for their patients.

After over 2 years and 8 months, Governor Inslee has waived the flag of surrender and announced the end of the current emergency. But he says he needs another 7 weeks of these powers before bringing them to an end on Halloween. Many states ended their “emergencies” well over a year ago.

Washington remains only one of three states that have no limits on the governor’s emergency powers, according to one news report.

But we must not forget that an overwhelming majority of current elected Representatives and Senators voted to give the governor these powers. Their judgment was hugely wrong.

We, the people, can claim back our rights and our Constitutional freedoms. There are 11 citizen initiatives being offered by Let’s Go Washington that can bypass the signature of the Governor. 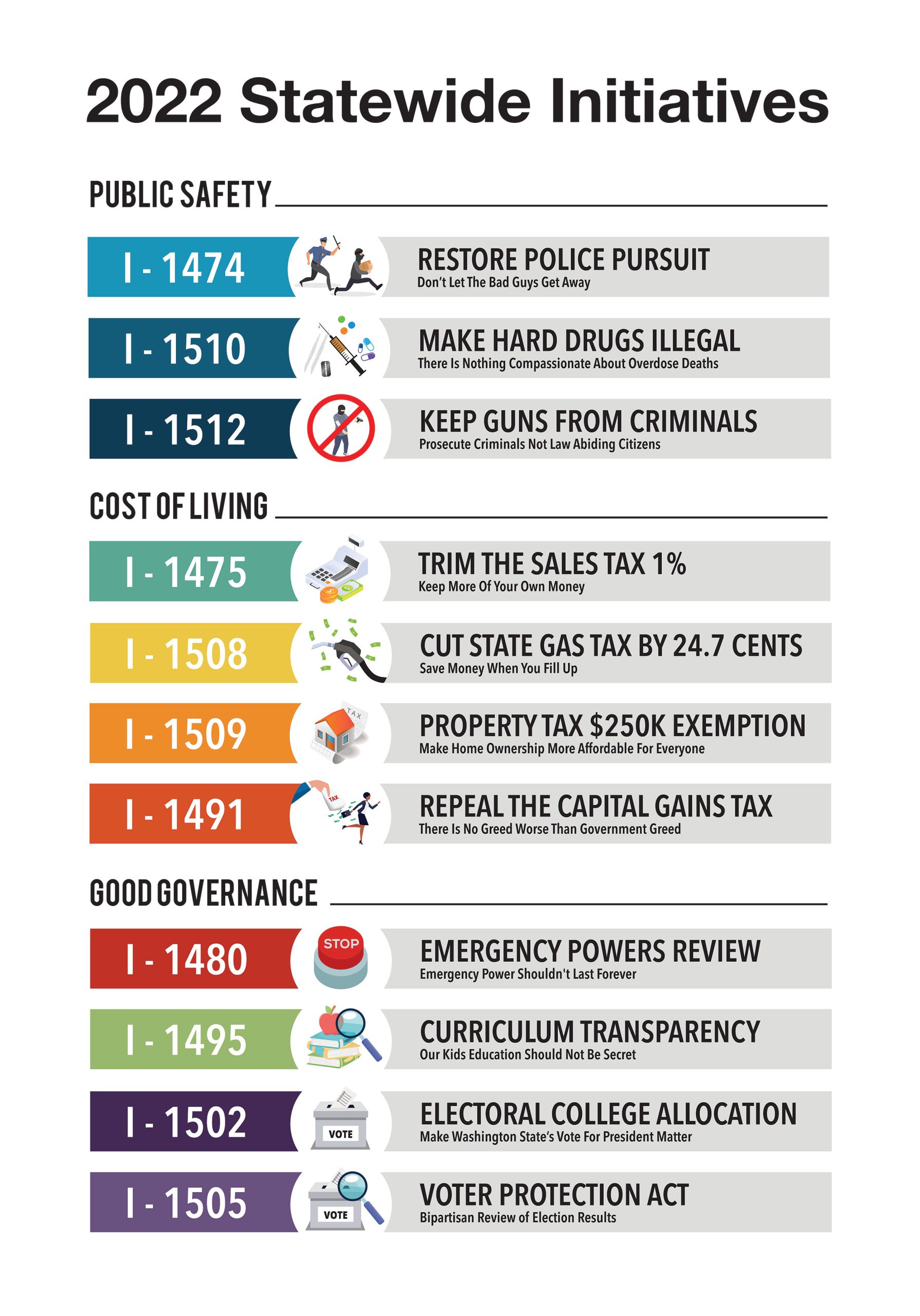 Ballot Measure Summary: “This measure would modify limitations on governor emergency proclamations, allowing them to cover only one county and only facts/circumstances not in existing law; limit such proclamations, related orders, and agency emergency rules to 30 days unless legislatively-extended; allow for legislative modification after 30 days; require judicial review to occur in the county subject to the proclamation and receive first priority; and reclassify the crime of violating emergency orders from a gross misdemeanor to a misdemeanor.”

Healthcare workers lost their jobs, again related to the government dictating what could and could not be done in caring for people, including mandates on healthcare workers. Our children suffered unimaginable harm is learning loss because of the Inslee mandates and controls..

It’s time to end the Governor’s Emergency Powers. No real emergency lasts 970 days, without the elected representatives of the people weighing in. Oregon Governor Kate Brown ended her “emergency” earlier this year on April 1. Michigan’s “emergency” ended in Oct. 2020. Vermont and Wisconsin were among roughly a dozen states to end a governor’s emergency powers in the first six months of 2020.

It’s time for people to reclaim freedom and liberty in Washington state.

previous
60 Seconds with John Ley • September 10, 2022
next
My view: Bridge plan does nothing that three columnists promise