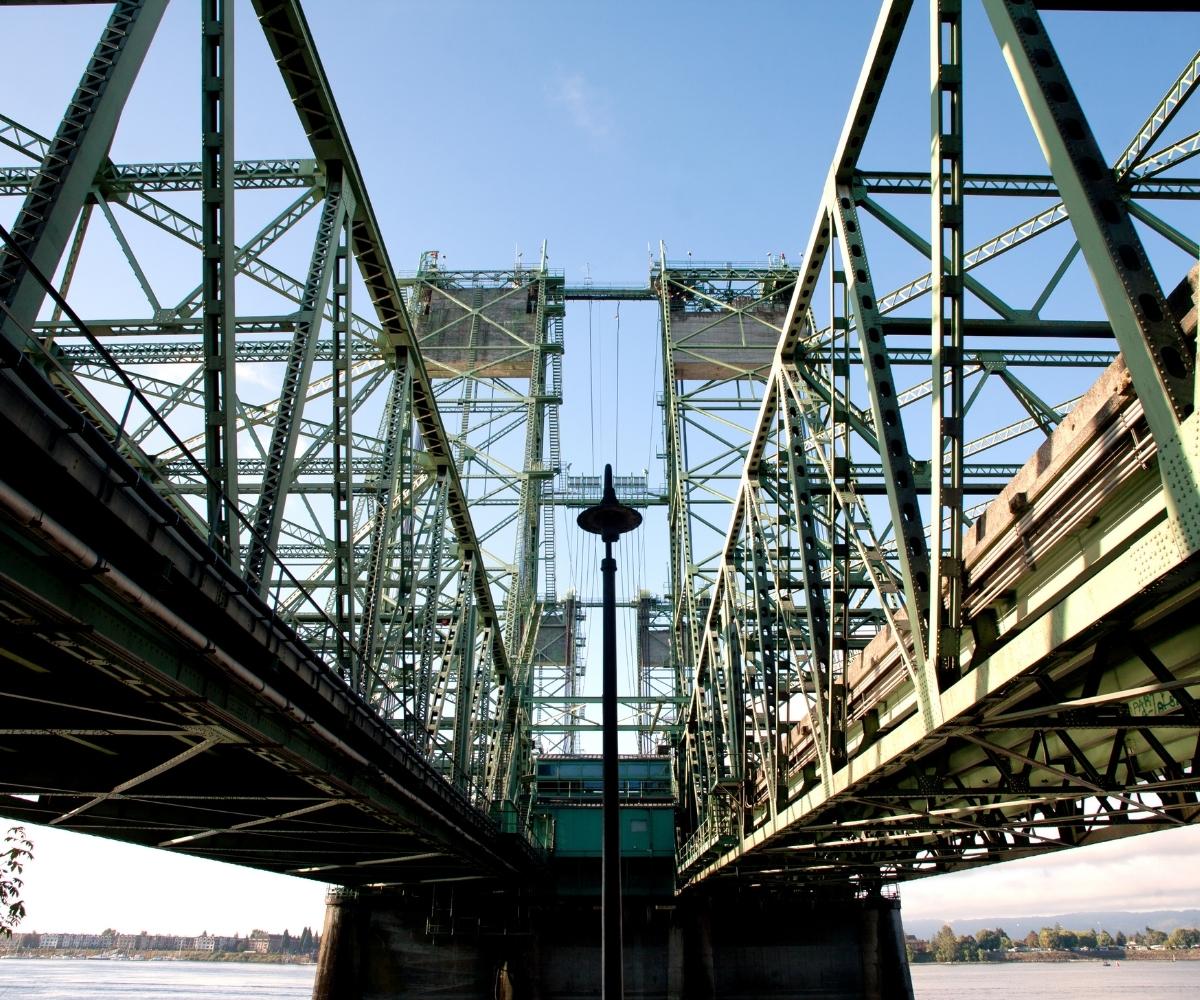 Writer: The Interstate Bridge Plan will make congestion worse and will hurt neighborhoods.

Susan McLain, Lee Beyer and Annette Cleveland promise “the new I-5 bridge will be future compatible and climate-friendly.”

By John Ley, published September 14, 2022 in the Portland Tribune

They cite a 1912 quote: “we should not build the bridge for today … but for the next 40 years.” Yet the $5 billion Interstate Bridge Replacement they are touting does none of that.

If built, the bridge will open in 2032. It will have just three through lanes and a single auxiliary lane for traffic to merge on/off the freeway. It will have variable rate tolls, charging the highest rates during rush hour congestion when most people travel.

The IBR’s Greg Johnson reports that in 2045, just 13 years after opening, fully half of I-5 rush hour traffic will be stuck in congested traffic traveling zero to 20 mph. How is that “climate-friendly?” It’s not!

They refuse to fix the one problem people want solved — reducing traffic congestion and saving time. Over 70% of people want reduced traffic congestion. Morning travel times will double, taking 60 minutes to go from the I-5/I-205 interchange in Salmon Creek to the Fremont Bridge, up from the current 29 minutes. This is after spending $5 billion on the IBR and another $1.4 billion at the Rose Quarter.

The “double tolls” on I-5 (one for the bridge and a second for driving I-5) will cause thousands of vehicles to divert onto north Portland side streets. ODOT predicts 130,000 vehicles will divert into neighborhoods to avoid tolls once congestion pricing is fully implemented. That is the equivalent to every single vehicle using the Interstate Bridge last year diverting into your neighborhood. How is that “climate-friendly” let alone “equitable” for north Portland residents?

ODOT touts an equity-based tolling program to allegedly provide “relief” to minority and poor residents. Yet every “free” or reduced price vehicle traveling I-5 will add to congestion. And when congestion goes up, so do the tolls, penalizing other hard-working people who don’t get the “benefit” of the free or reduced rate tolling programs.

The double variable rate tolls to use the I-5 bridge will likely increase the number of vehicles diverting to use the I-205 Glenn Jackson Bridge, adding to its congestion. Again, how is that “climate-friendly?”

The McLain-Beyer-Cleveland “solution” pushes MAX light rail for $1.3 billion into Vancouver. Yet the MAX Yellow Line can only carry about 1,000 people an hour on their two-car trains, and travels 14 mph. If all those passengers come from Clark County, there will be no room for north Portland residents. How is that equitable?

We can and must do better. Delivering value for taxpayers’ transportation dollars means significantly reducing traffic congestion and saving people time. After all, that is what the people want.

A new bridge could be built for under $1 billion. Let’s use scarce transportation dollars wisely.

John Ley lives in Vancouver, Washington. He ran for District 18 in the Washington House of Representatives until, in July, a judge ruled him ineligible because he did not reside in the district.

Oregon and Washington state lawmakers: ‘The new I-5 bridge will be future-compatible (and) climate-friendly.’

When the Interstate 5 Bridge was an idea in its infancy in 1912, prominent Portland businessman J.H. Nolta argued, “We should not build the bridge for today, next week, or next year, but for the next 40 years.”

Little could he imagine that the bridge they built would connect two cities, two states and three countries on the I-5 corridor for more than a century. Yet, 105 years later, that Bridge stands as a testament to the vision and commitment of political and civic leaders who knew they had a responsibility to build a Bridge, not just for their time but for future generations.

The current Interstate Bridge Replacement (IBR) program is also a legacy project — a once-in-a-generation opportunity to modernize the infrastructure that can significantly improve our region’s economic resiliency, support our climate goals, and ensure that the needs of future generations are met.

As the primary route connecting Canada and Mexico, I-5 is a vital regional, national, and international trade route that connects communities along its corridor.

Right now, the current I-5 bridge acts as a stop sign on this critical international trade route and essential community connection and falls far short of meeting our needs for safe, equitable, and environmentally responsible transportation.

The current bridge poses critical safety and congestion issues that are immediate as we face the possibility of failure if a major earthquake occurs. Crash rates in the area are over three times higher than the statewide average. And as we’re sure many residents can attest, the existing shared-use path does not provide adequate space for people walking, biking, or rolling.

These safety issues also directly influence congestion, which in turn negatively impacts our economy and the environment.

In 2019, over 143,000 vehicles crossed the bridge each weekday, resulting in seven to 10 hours of congestion during peak travel periods.

Quite simply, we cannot afford to allow these problems to persist.

As work progresses, the program will follow best practices (such as value engineering, cost-risk analysis, etc.) to help identify and address cost escalation risks and other financial considerations. The bi-state legislative committee, on which we serve as co-chairs, provides a critical oversight role in ensuring fiscal transparency and accountability. The IBR program is already demonstrating fiscal responsibility through its efforts to maximize federal funds.

The replacement of the I-5 Bridge has an opportunity to receive an infusion of federal dollars into the local economy. Without this program, these federal dollars would go elsewhere in the United States.

Centering equity through intentional and active community engagement has been a key tenet of the IBR program since its inception. Tangible ways in which this has been accomplished is through the Equity Advisory Group (EAG), which makes recommendations to program leadership regarding processes, policies, and decisions that have the potential to affect equity-priority communities. They also developed an Equity Framework that informed the development of design options, transit investments, and screening criteria — all of which led to the identification of the program’s primary replacement option. The IBR program had substantial community outreach in 2021 and will continue that work over the next several years.

Finally, the IBR program will advance our shared climate goals. By expanding mass transit options, creating a safer route for people walking, biking, and rolling, and extending light rail from Portland to Vancouver, the IBR program is committed to designing with climate resiliency in mind and minimizing climate impacts through design, construction and operation.

Looking ahead, the new I-5 bridge will be future-compatible, climate-friendly infrastructure. The IBR program is a once-in-a-generation bi-state effort overseen by federal, state and local regulatory agencies — and individuals like you. Large projects like these take years to develop and depend upon strong partnerships between individuals, communities, and organizations who share a common vision for our future.

As the IBR program moves forward, we’ll join our colleagues in asking tough questions and demanding answers, all while remaining committed to seeing this through.

The best ideas often result from the marriage of diverse perspectives. We encourage you to engage, share your ideas, voice your concerns, and commit to ensuring that our region has a bridge that will meet the needs of our communities for another hundred years.

Susan McLain is state representative for Oregon House District 29, including Forest Grove, Cornelius and West Hillsboro. A Democrat, she lives in Forest Grove.

The three state legislators co-chair the Joint Legislative Committee on the Interstate 5 Bridge.